SHARE THE SUCCESS | Dalareich Polot, known as the ‘Chocolate Princess’ of Bohol, supports local cocoa farmers, such as the Liboron Organic Farmers and Cocoa Producers Association in Liboron town, to create livelihood opportunities for the villagers. (Photo courtesy of Dalareich Chocolate House)

TAGBILARAN CITY, Bohol, Philippines — Dalareich Polot was introduced to Filipino chocolate while growing up in Bohol.

Growing up in a poor family, she learned the value of an honest life and perseverance as soon as she helped her mother make and sell the often underrated “tableya” (hot chocolate), which comes from cocoa trees cultivated by generations of families on the island. Bohol province.

Now, at 34, Polot’s hard work and love for chocolate has been recognized internationally as she led the rehabilitation of Bohol’s cocoa industry and helped empower rural women farmers.

Polot received the Goldman Sachs and Fortune Global Women Leaders Award at the 15th Fortune’s Most Powerful Women Summit in California, USA last week. She is the first Filipina to achieve this honor.

This year’s summit, under the theme “Realize Your Power,” brought together women in business, as well as selected leaders from government, philanthropy, education, sports and the arts, for conversations of large scale that inspire and provide practical guidance. Among the leaders who attended the summit were American philanthropist and former computer scientist Melinda Gates, U.S. Representatives Liz Cheney and Katie Porter, California senior associate Jennifer Siebel Newsom, and some of the world’s top corporate executives and CEOs.

In her speech to at least 1,000 guests at the Ritz-Carlton on October 11, Polot said the award came at the right time as she and other women farmers worked to rehabilitate cocoa farms that had been devastated by Super Typhoon Odette (international name: Rai) which ravaged the Visayas in December 2021.

The super typhoon came four years after Polot started a project for people to adopt and preserve ancient, heritage cocoa trees planted by family members from the previous generation.

It was starting to provide additional income for these families when Odette struck on December 16, 2021 and destroyed the cocoa plants, affecting over 100 families in Bohol.

Polot said she and her friends spent the next nine months doing relief and rehabilitation efforts that were still ongoing. She said she had proposed to farmers’ associations and cooperatives in three towns in Bohol a project to restore livelihoods through rehabilitation and cocoa production for their rural women farming communities.

The plan, she added, was to replicate these projects in other cities once they get started.

“We will be up again. This time more self-sufficient and more resilient to deal with future uncertainties thanks to people like you who are so willing and relentless in offering a helping hand,” she added. 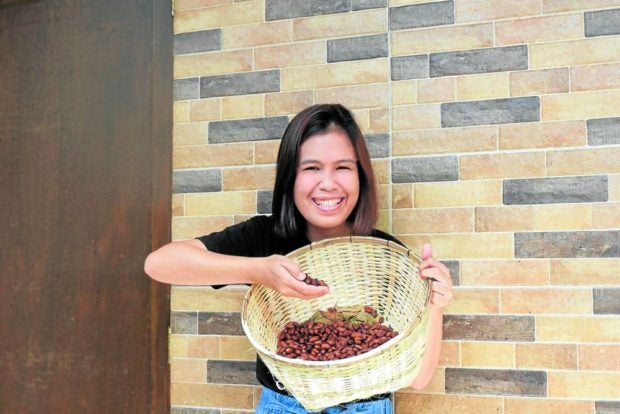 Indeed, Polot has always been the type not to let go.

She grew up in a poor family in Barangay Booy in the city of Tagbilaran, the provincial capital.

His mother Elsa was a street sweeper while his father Ricardo was then a tricycle driver.

To supplement the family income, Elsa made and sold tableya, a traditional Filipino hot chocolate drink made from 100% roasted cocoa beans that are pressed into coin-shaped tablets and chocolates. It’s a skill Elsa learned from her mother, Tomasa, who also sold tableya in the neighborhood.

Polot remembered that she would help her mother make and sell these tableya, which helped send her and her four siblings – Irene, Renel, Jessa and Angelah – to school. .

“I saw the hard work of my parents to give all five of us a good life and to send us all to college. I thought that one day I could help them and others too women by giving them opportunities,” said Polot.

And she did just that and more.

Polot helped his parents innovate their products and market them to local merchants.

She noticed that some shoppers weren’t too fond of tableya because they found them too common. But she didn’t give up and started marketing her products in stores in Bohol and the neighboring island of Cebu. 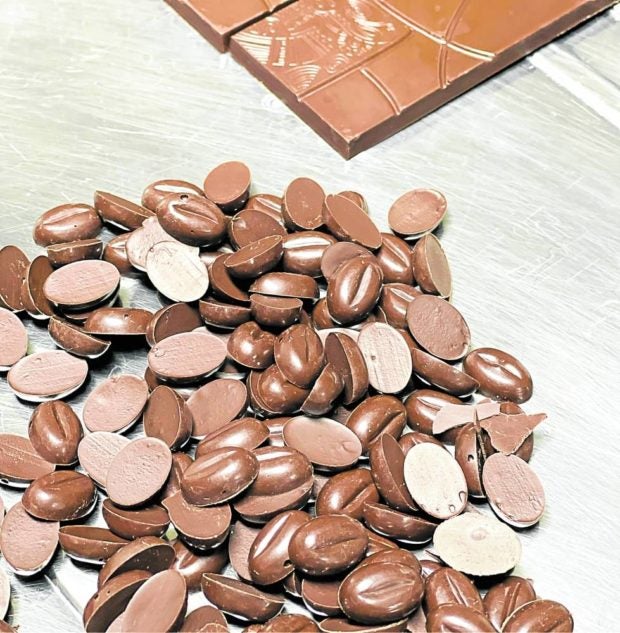 The opportunity presented itself in 2011 when she was selected as one of the Goldman Sachs 10,000 Women Fellows in 2011 at the University of Asia and the Pacific with IESE Business School in Europe.

The program changed his life. She not only learned about business, but was also inspired and empowered by the women she had dealt with in school.

When she returned to Bohol, she shared what she had learned with her mother and began to seek opportunities to empower other women in her community, especially those who, like her mother, had no completed their studies.

She also started working in cocoa growing communities in Bohol.

Its mission is not only to help local cocoa farmers, but to educate the Philippine market on the importance and appreciation of the cocoa tree.

In 2013, she won the Young Women Entrepreneurs Bootcamp, sponsored by the U.S. Embassy Manila and Spark! Philippines and used the cash prize to expand the family business.

The following year, she left for Europe to study food engineering in chocolate processing at the University of Ghent in Belgium. Upon her return home, Polot launched her own line of chocolates which she called “Ginto Chocolates”, an innovation from her mother’s tableya.

The factory is also an educational site where visitors and tourists will learn about cocoa and tableya. 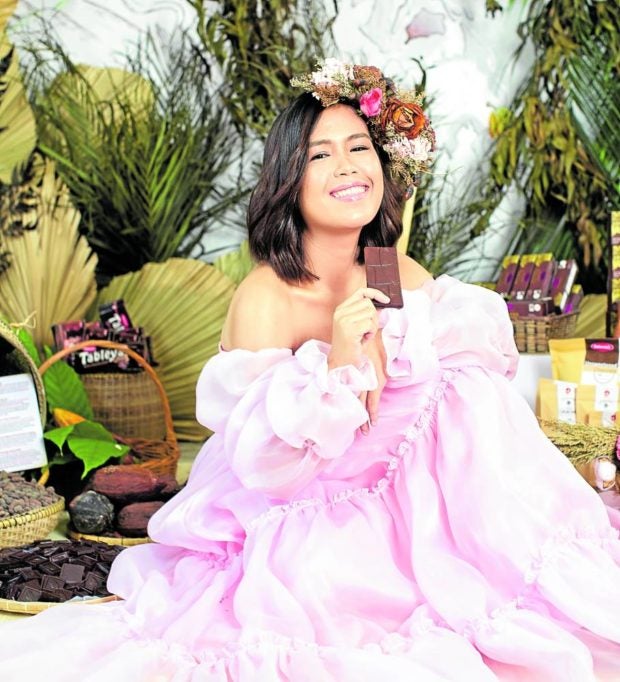 BRAND AMBASSADOR | Dalareich Polot is not only the face of her own chocolate factory, but also of the cocoa industry in Bohol for her efforts to help cocoa farmers in the province. (Photo courtesy of Dalareich Chocolate House)

Polot, obtained its cocoa beans from small farmers in the Boholian towns of Calape, Carmen, Pilar, Sierra Bullones and Jagna.

Cocoa beans are sold at P35 per kilo for wet beans in the local market, but Polot buys them from farmers at a higher price of P120 to P160 for dried and fermented beans so she can help them to earn more.

But since farmers in Bohol could not meet his demand of 63,700 kilos per month, Polot had to call on producers from Davao, another chocolate-producing region.

Her efforts to uplift the cocoa industry and the farmers of the province earned her the nickname “chocolate princess” of Bohol.

But the pandemic struck in 2020 and halted all economic activities in Bohol following health and mobility restrictions imposed by the government to stop the spread of the highly contagious COVID-19. As medical protocols and quarantine rules began to ease towards the end of 2021, a supertyphoon hit the Visayas and wiped out cocoa trees in Bohol.

“The last two years have been difficult for everyone in the world. Many of us have felt confused, sad, disappointed and lost, but God always sends us a message to keep hoping and praying even with all the challenges in our path,” Polot said.

When Polot received the email informing her that she had been selected as one of the Goldman Sachs and Fortune Global Women Leaders winners, she burst into tears because she finally received good news after more two years.

She took it as a sign that good things were about to begin again.

The war in Ukraine is having an immediate impact on New Zealand businesses, with ongoing fallout expected

The economic fallout from the war in Ukraine is already being felt in New Zealand, with soaring fuel and food prices, a rising New Zealand dollar and widespread supply chain disruption, with worsening expected in the coming months. Chris Edwards, who is managing director of international air and sea freight logistics company Go Logistics, says […]